Singers and songwriters alike sometimes use lyrics or music from older, previously released songs to create new music. By using older songs and giving them a new sound overhaul, performers hope it will become an instant hit. Songs that fall off the charts in popularity due to time or trends tend to find new life with rebirth by a new artist or even a few tweaks in style and tempo. Many songs have been given this treatment multiple times throughout the century and have become top hits many times over.  Often times, the energy and dedication put into an older song is lost in a remake, and while it may gain in popularity, it will never be like the original. Usually, the rerecorded song keeps much of the same message, lyrics, and general sound, but may lose that special element that made it what it was. The original version of a classic song holds a special meaning and sends a message of the time that may not be relevant to the era in which it is remade. 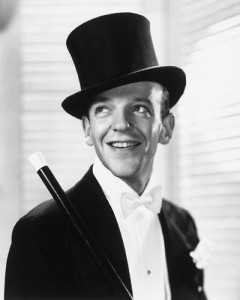 In Paramount’s musical Blue Skies, Fred Astaire and his chorus of Astaire’s perform a complex dance routine reflecting the interpretation of Irving Berlin’s original production of “Puttin’ on the Ritz” (1929) . Produced and performed in 1946, “Puttin’ on the Ritz” had audiences in awe of the tap dancing and singing abilities that had become associated with Fred Astaire. During the performance, Astaire is backed up by eight images of himself also performing a masterful tap routine. Special effects of the time were literally smoke and mirrors. Astaire “insisted upon being photographed eight different times dancing the routine” (Levinson, 2009) even though he had been dancing most of his life and was over 40 at the time of this performance. Known throughout the times as not only a great singer, his dance performances were extraordinary and magical. “Puttin’ on the Ritz” was known as his farewell dance and left his endearing audience surprised at the news of his retirement (“Astaire Biography,” n.d., pp. 3). 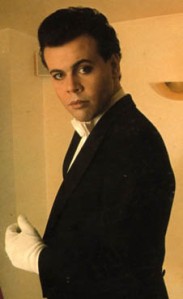 Taco performed his version of the famous “Puttin’ on the Ritz” in 1982, which sent him soaring towards the top of music charts in the United States, Sweden, and New Zealand (Billboard, 1983/2011). His dance routine was simple in performance and lacked enthusiasm. His tap routine was short and no big movements were made. Taco’s dance and musical performance looked as if very little effort was put into its production. Throughout his video, the movements are slow and emotionless. The only advantage Taco had been the advance in technology. Through the use of synthesizers and flashy special effects, Taco was able to create a catchy remake of the original which made his name known worldwide.

While the lyrics of the song had changed very little over the years, the original Astaire version of the song had more energy put into the performance and impacted the people of the time more so than that of the 1980’s Taco version. Both Astaire and Taco perform a dance number to the musical score of Berlin’s original, but even though Taco dressed like Astaire, he had nowhere the grace nor energy behind his music. Performances by Astaire and Taco were upbeat and catchy for the era they were performed and both became hits. Taco came into the music world on a strong note but left on a weak one, while Astaire did just the opposite. Even to this day, the harmonious voice of Fred Astaire still stirs up energy and emotions with the original version of “Puttin’ on the Ritz.”